VersaTruss is no stranger to manufacturing aluminum truss entrance ways for extremely large events. As a matter of fact we have created custom truss entrances and exits for just about every public venue imaginable from NHL hockey arenas and CFL football stadiums to NASCAR and Indy 500 race tracks. We have even built national Drone race enclosures and obstacle tracks all from our versatile aluminum truss product line.

In this case the honor was all VersaTruss’s as this structure represented the 150th year celebration for the Nebraska State Fair.

After reviewing the photo below, you can see this was not a small truss project. This massive structure consist of four main framed truss rectangular structures with center spans creating three large entrance ways each housing ticket booths, security equipment and provides excellent crowd funneling and control. In this case the banners represent the fair itself but depending on the activity, this same space could be used for sponsor advertising and event scheduling. 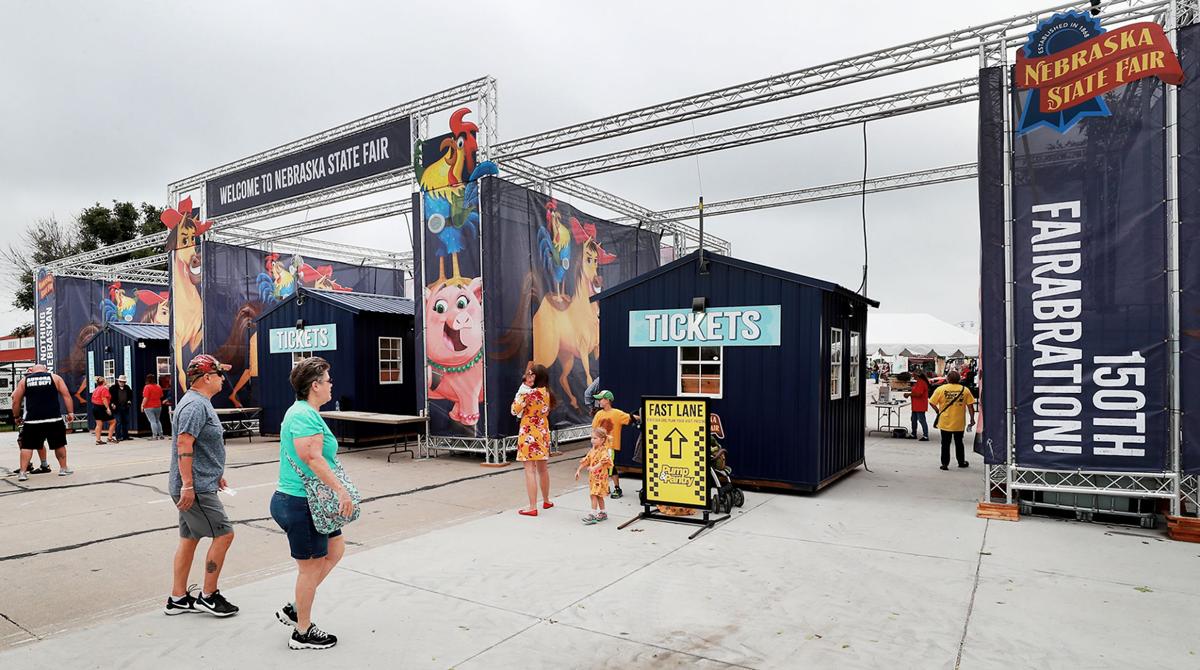 Before Moving Forward, Lets Take a Brief Look At the Nebraska Fair History:

The in 1969 Nebraska held its first official state fair after it became a state in 1869. In 1870 and 1871, it was held in Brownville. From 1872 until 1901 the fair switched back and forth between Lincoln and Omaha. In Omaha it was held at the Omaha Driving Park in North Omaha. The Knights of Ak-Sar-Ben (“Nebraska” spelled backwards) was formed in an ultimately unsuccessful attempt to keep the fair in Omaha. In 1901, the Nebraska Legislature named the Lancaster County Fairgrounds in Lincoln as the official home.

In 2008 the Nebraska state lawmakers decided with the help of the University of Nebraska, which wanted the land cleared for a new Nebraska Innovation Campus, to move the fair to Grand Island. Several citizens filed a legal challenge to the law, contending that it “created a special benefit” for some of the groups and people involved in the plan. However, in May 2010 the Nebraska Supreme Court rejected those arguments and upheld an earlier dismissal of the lawsuit. There was also an attempt to overturn the state law by referendum, but the petition drive failed to get enough signatures to qualify for the ballot.

Below the assembly of the new entryway for 2019 and the 150th year celebration has begun and members of the International Alliance Of Theatrical Stage Employees of Local 151 Lincoln are hard at work assembling each sub-assembly and raising the frames. 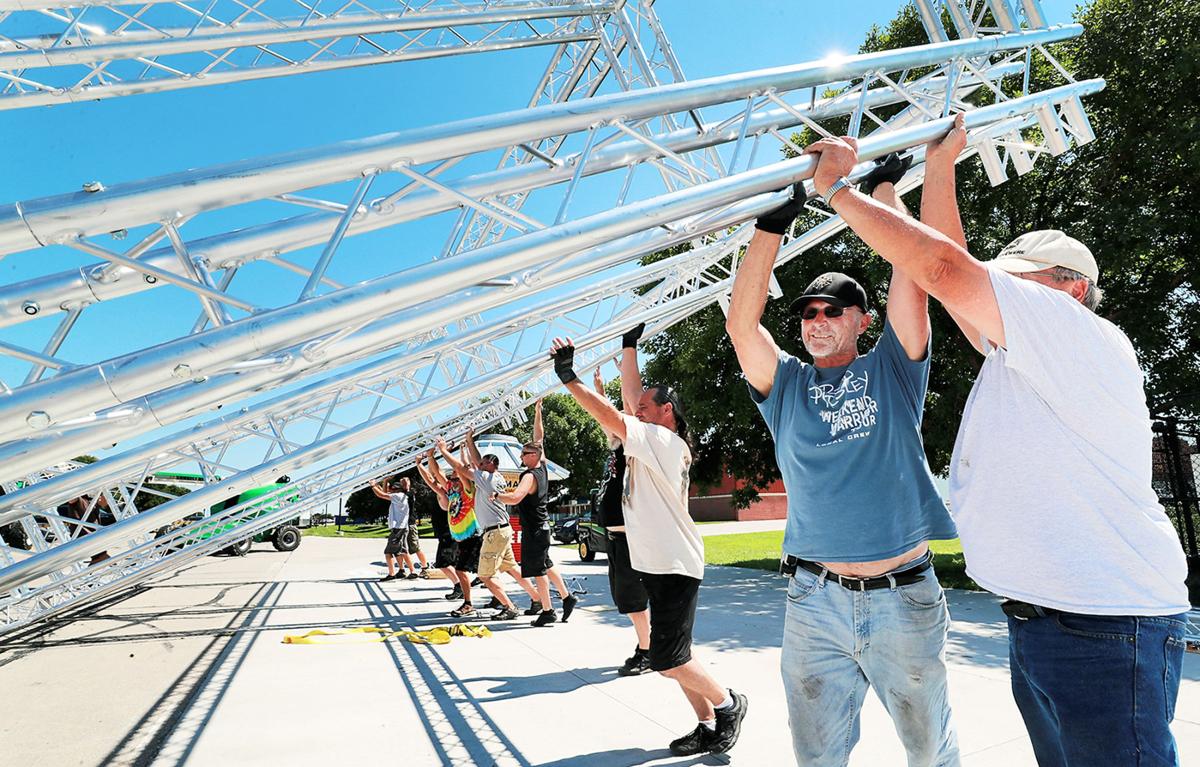 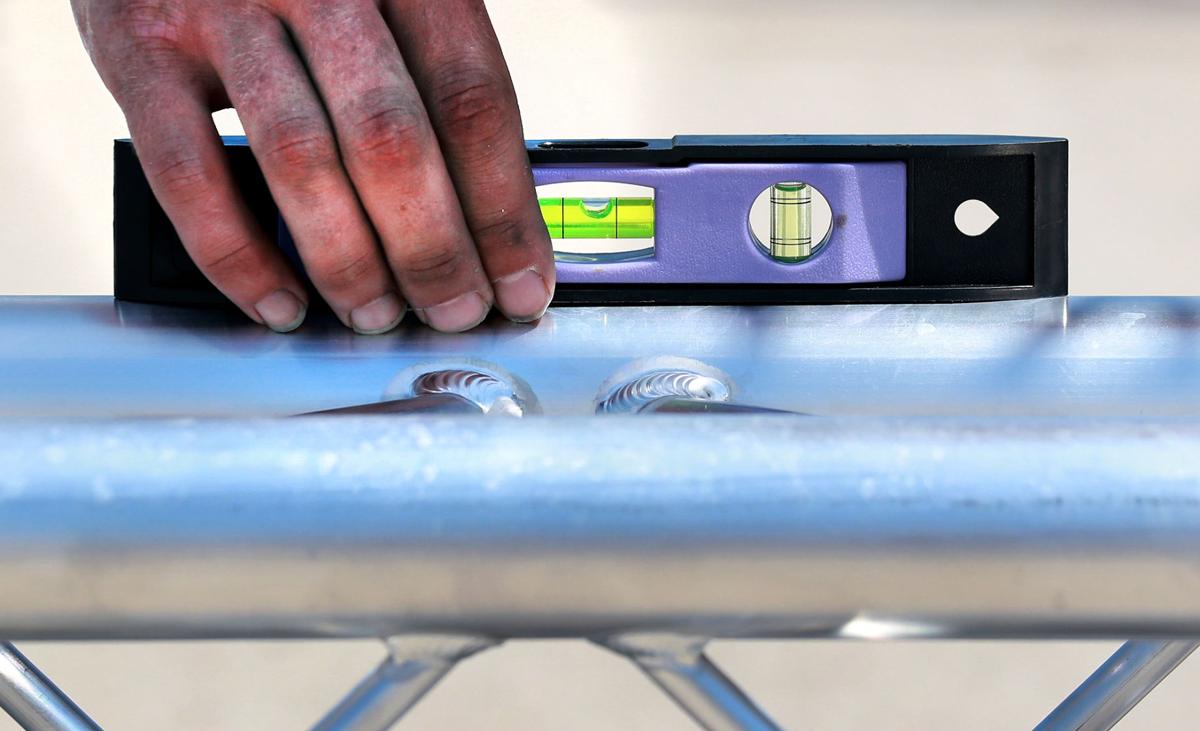 Because of the sheer size of this structure, boom trucks were used to help raise the main frames and install the cross-members. 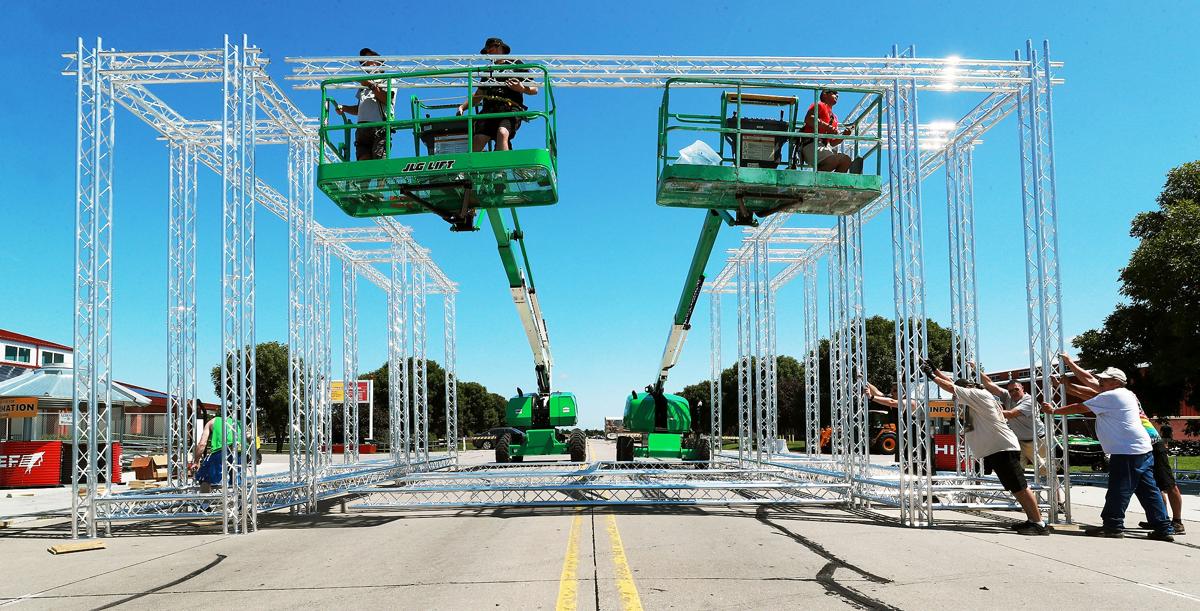 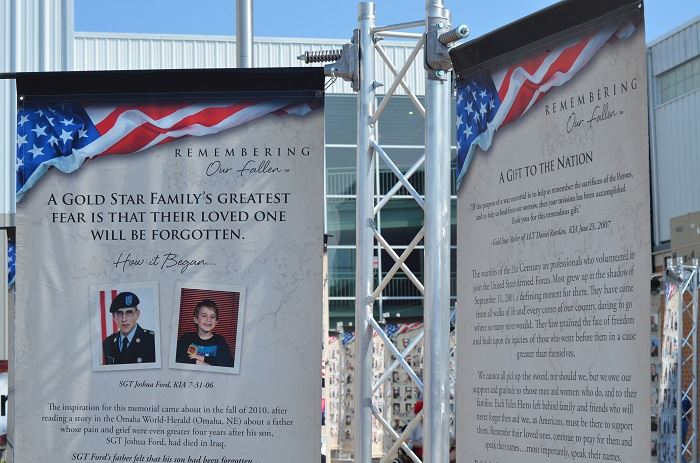 In conclusion, the Nebraska State Fair had to endure some extreme weather conditions including torrential rainfall and extremely windy conditions, the crowds spirits stood tall as did the new entryway built by VersaTruss.