VersaTruss has been in the front row at the National Cheery Festival for many years. The truss entrance archway was created under the roof of the Versatruss manufacturing facility many years ago. But before we expand on the truss contributions, lets take a look at the festival itself.

The National Cherry Festival is a festival in Traverse City, Michigan. It began in 1925 as the Blessing of the Blossoms Festival, which was held in early May to attract tourists to Northern Michigan to view the blooming cherry blossoms.

This sensational festival has seen a number of nominations and awards over the years including:

Versatruss was proud to not only provide the main truss entrance archway but was also commissioned the create the secondary rectangular archway.

The main entrance consists of two 6′ x 6′ square towers left and right with  a height if 12’. The opening is 15′ wide making the structure a total of 27’ creating a majestic masterpiece that is not only cosmetically appealing but allows organizers to change banner signage year after year giving each festival a new look without changing the foundation. 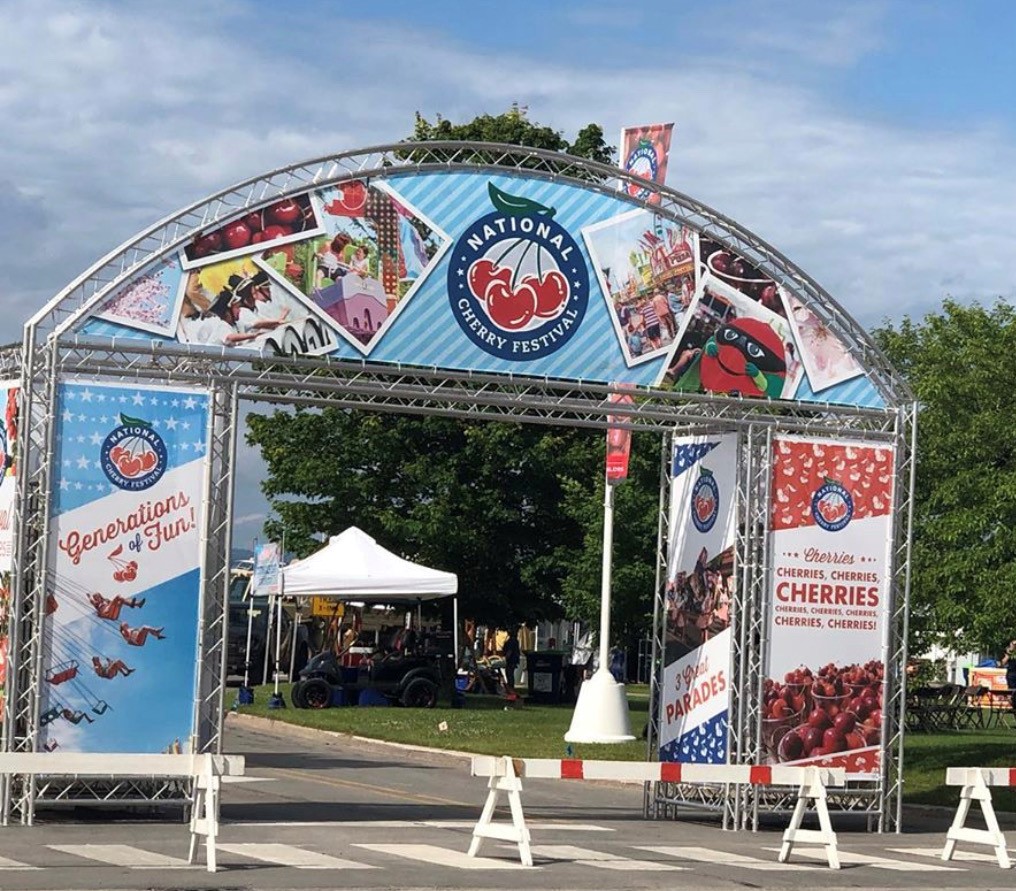 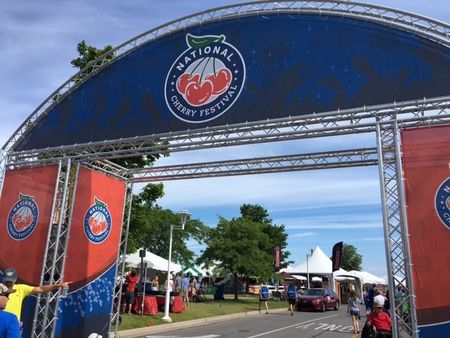 The secondary entrance is based on a rectangular design. The outside wings are 8’ wide x 24’ tall. The wings not only provide stability to the structure but add additional space for larger banners.  The entrance opening is 16’ wide by 18’ tall with a top signage region that measures 6’ x 16’. 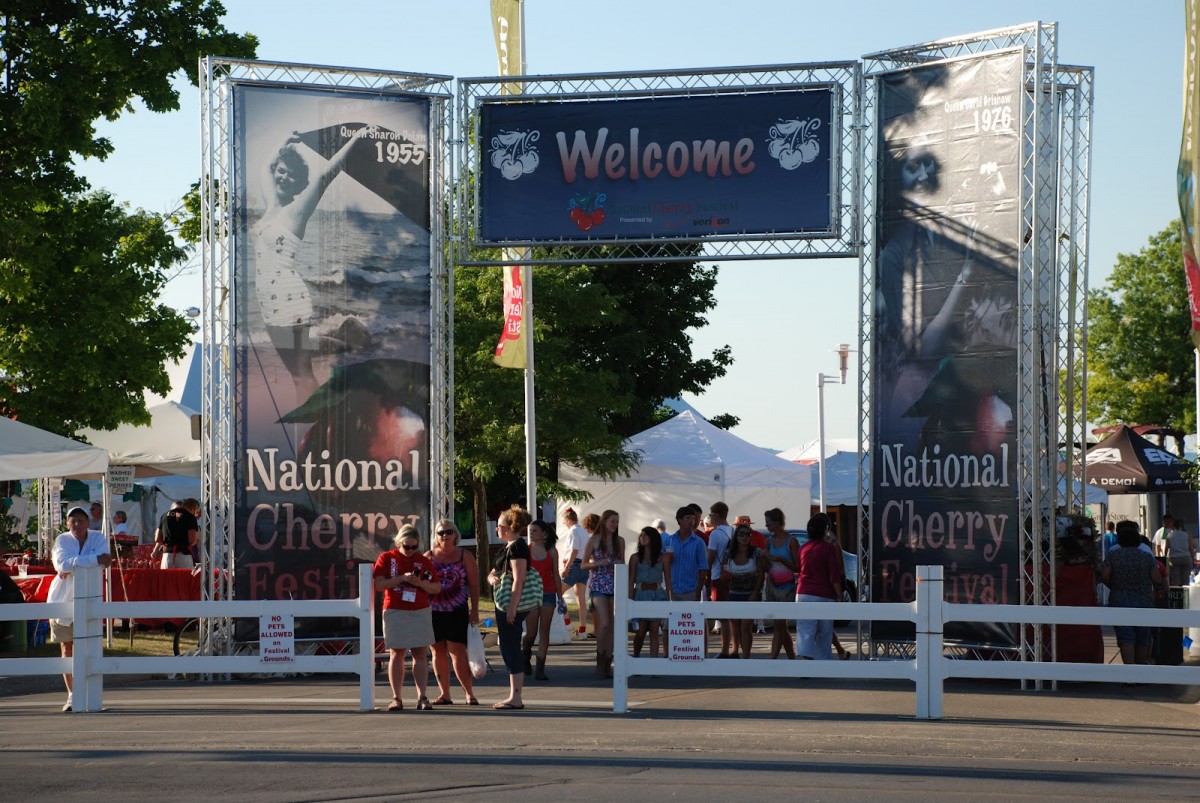 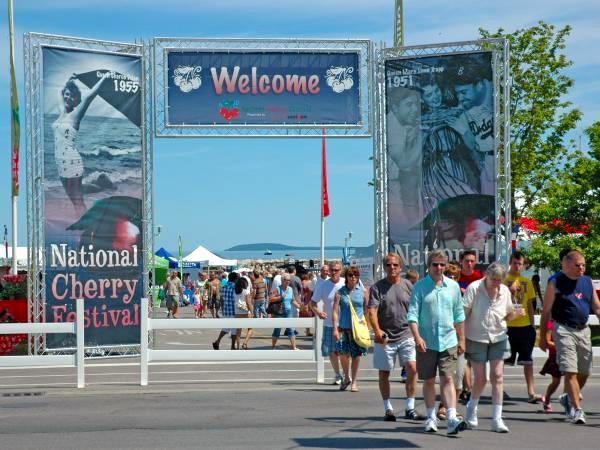 Both of these structures are perfect examples of entranceways that can be created from aluminum truss by Versatruss. They allow for present and future growth, but keep in mind the modular design of the truss product fosters not only ease of configuration change but also size modification by making a quick call to Versatruss.

If you are looking for any configuration of Display or Lighting  Truss, Contact VersaTruss Today!