When it comes to Hockey, VersaTruss gets really excited. Canadians take their hockey seriously at all levels and the present 2019 / 2020 season is no exception. This will be a two-part story identifying the part VersaTruss has played in the promotion of this sensational event. But first let’s take a look at the Rogers Hometown Series itself. 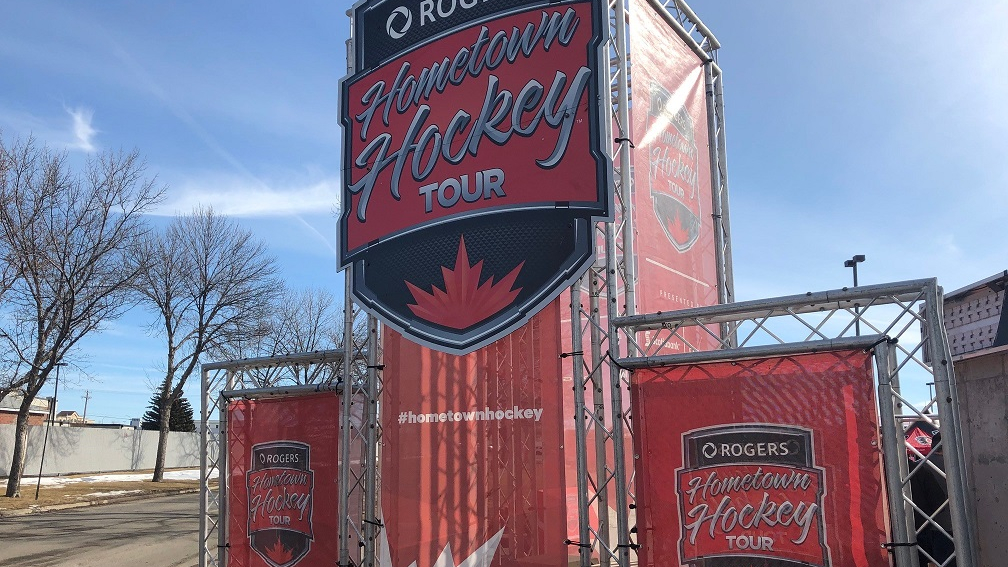 Starting last October 2019, Rogers Hometown Hockey returned for its sixth season, which includes stops in 25 communities across the Canadian landscape to celebrate the local hockey stories that connect the nation.

Hosted by the one and only  Sportsnet favorites Ron MacLean and Tara Slone, the Rogers Hometown Hockey Tour presented by Scotiabank and Hyundai got underway on Oct. 5–6 in Halton Hills, Ont., parallel to the NHL official hockey season. 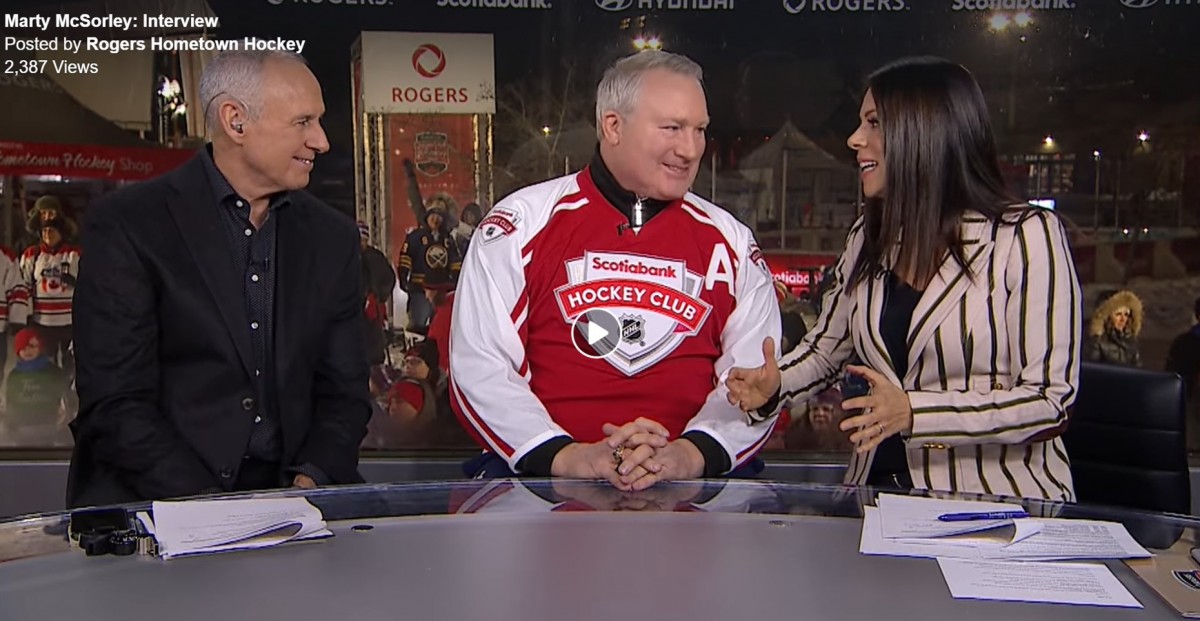 The Rogers Hometown Hockey Tour will travel 23,907 kilometers over the course of the 2019-20 season, the equivalent of crossing Canada from East to West more than four times. Don and Tara will stop in Ottawa on Feb. 8-9 during Winterlude, Canada’s iconic winter festival. Then the tour will stop in Quebec City on Feb. 15–16 just in time for the Quebec International Pee-Wee Hockey Tournament, the world’s most prestigious minor hockey tournament. Later that month, from Feb. 29–Mar. 1, it’ll be hosted by Peguis First Nation, the largest First Nation community in Manitoba. Mar. 28–29 will mark the final stop, with the Tour wrapping up in Edmonton, in the state-of-the-art Ice District beside Rogers Place. 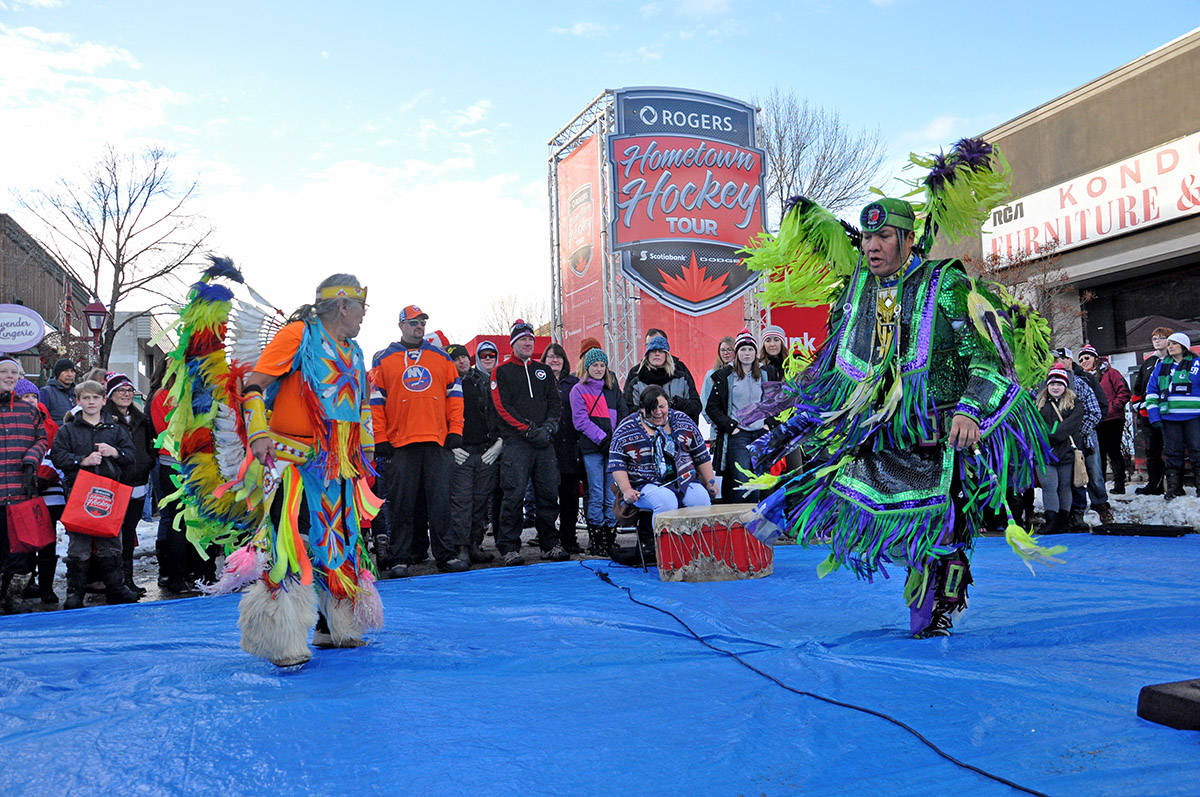 For the main events the VersaTruss exhibit and display truss lineup can be seen at every event.  Starting in the background and throughways of every event our classic truss framework can be seen. If you check out the photos below featuring Ron MacLean and Tara Slone, during their interview series, you can see the VersaTruss classic tower typically used for banner advertising which in this case features Rogers and Hyundai. In addition there are numerous banner stands used outside the facilities for further advertising and patron directional information. 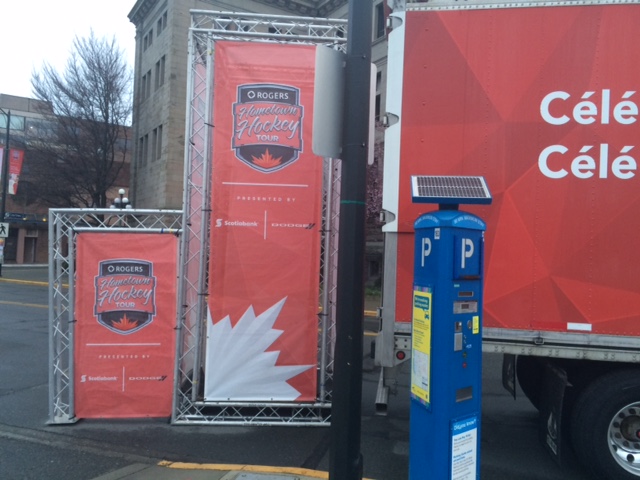 Part Two of this post will discuss the how Hyundai’s new vehicle release the “Venue was brought into the fold.